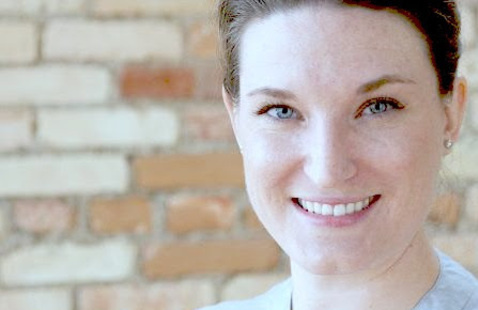 Katie Robiadek, Assistant Professor in the Department of Political Science at Hood College, will lecture on Friday, October 21, 2022.  Her lecture title is:  "Fanciful Union: State and Nation on Hobbes’s Emblematic Engraved Title Page for Leviathan (1651)".

Hobbes’s engraved title page for Leviathan (1651) belongs to the English tradition of early modern emblematic title pages. To understand the title page like an emblem necessitates a special kind of thinking described in his work (i.e., fancy). Reading the title page like an emblem (using fancy) highlights the fact that Hobbes chose to represent the body politic not as a specific ruler, but rather as an abstraction: specifically, that of his corporate theory of a sovereign national state. In other words, Hobbes depicts the borders of the nation congruent with the state as sovereign. Representing this abstraction was his way of overcoming the contemporary politics of union between the kingdoms of England (including Wales), Scotland, and Ireland under Stuart monarchs. A similar strategy is seen in strands of literature from each kingdom at this time that tied loyalty to the nation instead of to a particular monarch.

This Friday night lecture is free and open to the public.