"Lincoln, the Founding, and an America Worth Saving" 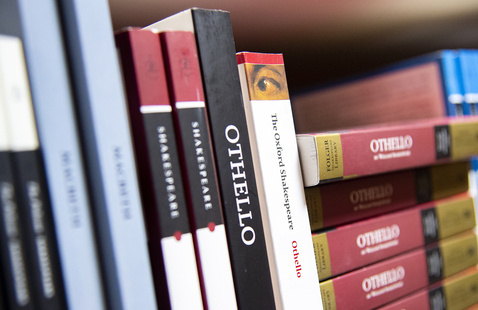 "Lincoln, the Founding, and an America Worth Saving"

A Lecture by Lucas Morel, Washington and Lee University

This lecture is part of the Carol J. Worrell Annual Lecture Series on Literature

This lecture explores the most important influences on Lincoln’s political thinking and practice, which were the leading men and especially the leading principles of the American founding. It examines how Lincoln exhorted the nation to hold fast to the ideals of the Declaration of Independence in order to fulfill the promise of America in the face of political alternatives that would have led to the nationalization of slavery and therefore a country not “worthy of the saving.”

Lucas Morel is the John K. Boardman, Jr. Professor of Politics and Head of the Politics Department at Washington and Lee University. He holds a Ph.D. in political science from Claremont Graduate University. He is the author of Lincoln and the American Founding and Lincoln’s Sacred Effort: Defining Religion’s Role in American Self-Government; editor of Lincoln and Liberty: Wisdom for the Ages and Ralph Ellison and the Raft of Hope: A Political Companion to “Invisible Man”; and co-editor of The New Territory: Ralph Ellison and the Twenty-First Century. Dr. Morel conducts high school teacher workshops for the Ashbrook Center, Jack Miller Center, Gilder-Lehrman Institute, Bill of Rights Institute, and Liberty Fund.

He is a former president of the Abraham Lincoln Institute; a founding member of the Academic Freedom Alliance; a trustee of the Supreme Court Historical Society; a consultant on the Library of Congress exhibits on Lincoln and the Civil War; and currently serves on the U.S. Semiquincentennial Commission, which will plan activities to commemorate the founding of the United States of America. During a recent sabbatical, he served as the Worsham Teaching Fellow at Hillsdale College’s Van Andel Graduate School of Government in Washington, DC, teaching courses on “Frederick Douglass” and the “Modern Civil Rights Movement.”

Where does one find instructions how to log in to the lecture?