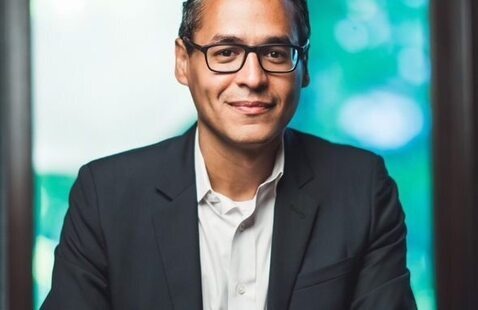 Roosevelt Montás was twelve years old when he came to New York City from the Dominican Republic "with a head full of lice and a belly full of intestinal parasites." After a chance encounter with Socrates, he went on to study at Columbia University and later lead its Center for the Core Curriculum. Describing how four authors-Plato, Augustine, Freud, and Gandhi-had a profound impact on his own life, Montás drives home what it’s like to experience a liberal education-and why it still matters.

Many academics attack the very idea of a Western canon as chauvinistic, while the general public increasingly doubts the value of the humanities. In this call-to-arms, Dominican-born American academic Roosevelt Montás tells the story of how a liberal education transformed his life, and offers an intimate account of the relevance of the Great Books today, especially to members of historically marginalized communities.

A book signing will be offered at the St. John’s College Bookstore at 3:00 pm on Thursday, April 14.

This lecture is funded by the Carol J. Worrell Series on Literature and is part of the college’s One Table, Many Voices series of programs, which invites scholars and thinkers from diverse backgrounds and viewpoints to join the conversation on ideas presented in the great books that remain deeply relevant to us today.