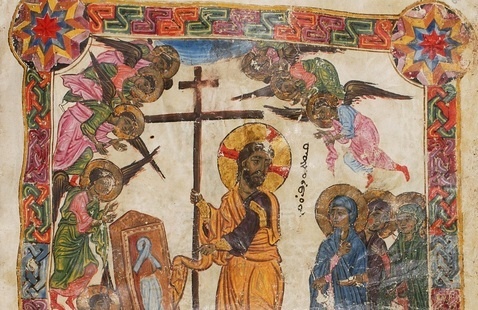 Syriac is widely considered one of the great languages of the ancient world: originally a marginal dialect of Aramaic spoken in the city of Edessa at the close of late antiquity, through the conversion of its main centers of literary and religious activity to Christianity it became one of the first truly global languages. At its zenith stretching from Palestine to China, Syriac remains the liturgical language of the Assyrian Church of the East, the Syriac Orthodox Church, and the various Catholic churches of Syriac patrimony. Every Tuesday night, we will be engaging in an intensive study of rudimentary Syriac grammar with an eye to reading the great writer of its early stages--and, perhaps, the greatest Christian poet until Dante--St. Ephrem of Nisibis. No prior experience with Syriac is necessary.

Please email jprichard@sjc.edu if you have any questions

Student Events and Activities (AN)